I Love Music, but I Love You More: Two. Random Thoughts.

Six cars filled the driveway and the street was lined with countless more. The music blared through the speakers and filled the night air with the perfect mix of mumble rap and The Chainsmokers. No one knew what was going on, just living in the most cliche moment possible.

I turned 21 in October, and ever since that day I’ve had an odd amount of anxiety. Life is all at once getting too real. It feels like at one moment I was blissfully minding my business, lying to my parents, doing well in school, developing shallow naive crushes for girls far out of my league, and all at once boom I am washed up. I was suddenly too young to start a life of my own, but too old to live in the past.

I am lost in creativity, and I am lost in specifically writing. I don’t know entirely which one I am better at, or if I am even good at either of them, but one thing I do know is that sometimes, I do love sitting in a sweatbox basement in a dream state like a doe-eyed deer not worrying about anything other than my ride home.

I obnoxiously sipped from my drink and then all at once sat up and said these words with the most confidence I had ever felt in my 21 years of living.

“These images, melodies, sounds, and ideas come to fruition in my dreams, and once I figure out how to make it physical in this world… It’s over for you haters.”

Everyone looked around flabbergasted not knowing whether to call a cab or an ambulance.

I calmed myself back to normal.

“The only real question.” 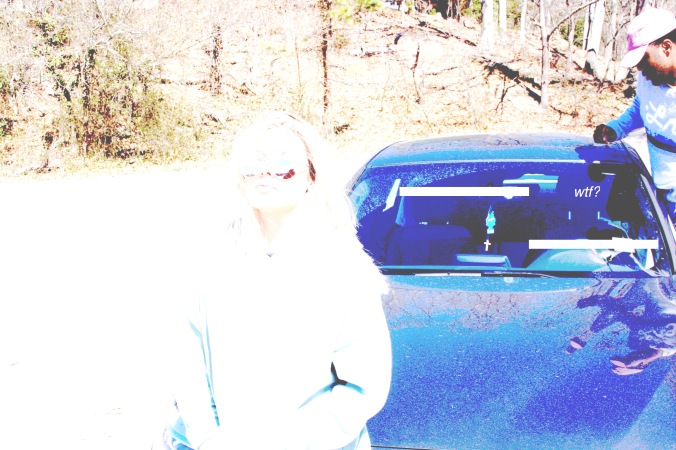 What are friends for?

I’ve seen friendships end over Uber charges. It’s nuts, but it makes sense. Being the person that plays God in that moment of helplessness is not a feeling anyone is chasing when their Mom and Dads’ credit card is kept in mind. My Mom warned me to not become a product of the people I am around. Not all of the people you surround yourself with are on your team, you know, like sometimes you’re just a good fit for the time being, it sucks, but its true. Nevertheless the guy or girl that called the Uber was without a doubt, the Godsend that everyone needed in that moment. We always had the one friend that would hook it up for us. We’d get home later that night and pretend we didn’t hear their mom yelling at them. We felt bad as friends, but not really, we were home we were chilling, so what’s the beef?

I wish I could be self-aware.

I let myself get off topic, but the main point of what I was trying to voice was that in finding happiness through whichever medium you seek it you have to make yourself open to anxious and powerful thought. Think about something that is going to have you tweaking for weeks. Look at a picture for a long time, and draw a conclusion. You’d be surprised by the creativity that rests dormant within everyone.

In modern terms I guess my point is set your own trends so that you don’t get stuck trying to catch up to a person that is minding their own business living their life.

We are so quick to claim that we are in tune with ourselves and that we know exactly what we’ve been into since our youth that we don’t even stop to realize how much new stuff we inevitably let ourselves get into. By the time we actually do think about it we are bored of it, and onto the next. (I speak for myself, but incase you agree I say we).

My friend showed me King Krule. Honestly, I thought the music was weird, but it evoked emotion with-in my mind. I let myself for the first time, take what was going on in my head and let sound express those thoughts. I was able to paint a picture with my mind, and that sounds cocky but it’s not, because everyone can do it. I think producers are the best at that kind of stuff, you know, getting lost in sound, and finding their way to beautiful melodies in the end.

In the end I guess we all have to produce some sort of extended thought. It doesn’t have to be deep, but I would say it has to be challenging.

When are we going to get going?

I don’t want to go in circles. I have to move forward. I can’t make two left turns, because even though it will feel like I am doing something I will inevitably just be ending up where I started. It is time to get a move on, maybe kick it into second gear.

This style of writing was weird and I apologize if you found it hard to read, but for this installment of the “I Love Music, but I Love You More” short story series I had to release thoughts in a certain order that made sense, but of random content.